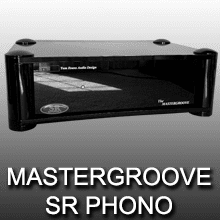 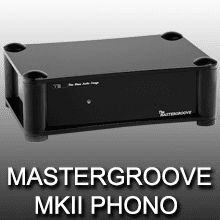 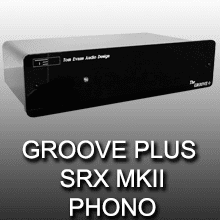 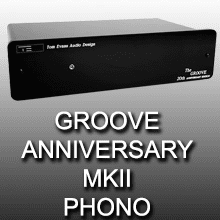 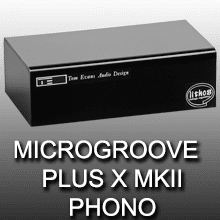 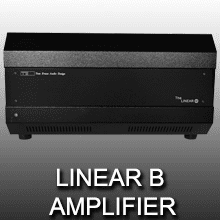 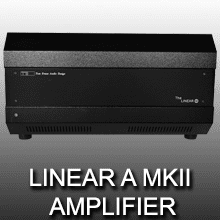 Tom Evans is a visionary. His radical circuit designs are ingenious and unique. Tom Evans designs his devices purely according to physical and psychoacoustic aspects. You will look for audiophile components in vain here as well as centimeter-thick components milled from the full housing. The former change the sound, but do not make it better, the latter has been shown to lead to eddy current losses and energy storage effects.

Tom Evans’ key technologies include his discrete, purely Class-A voltage regulators. This technology is called lithos. An extremely low noise, negligibly low distortion values ​​and the associated increase in dynamics and fine resolution are the result of this unique circuit technology.

Any discussion of tubes and transistors ends with Tom Evans. His designs shine with more musicality, inner tension and correctness than the finest tube amplifiers currently available. The extremely large dynamic range is particularly impressive. Against a pitch black background, the music seems to explode. Music lovers, whose standard is the live performance, will be immediately impressed by this fascinating way of playing. A complete Tom Evans chain offers a unique, substantial and in-depth musical experience.

Tom Evans made his international breakthrough in 1999 with the GROOVE phono preamplifier. The highest awards from Absolute Sound Magazine in the USA and from Hifi + in England recognized the most ingenious development of a phono part. Even today, years after it was first presented, the GROOVE has lost none of its topicality. To date, no other phono level has been able to question this exceptional position.

In 2002 the program was expanded to include the preamplifier “THE VIBE”. This too was instantly awarded the coveted “Product of the Year” award from HiFi +. Harry Pearson, the editor of The Absolute Sound USA, included the VIBE in 2005 on his “The Super Component List”. Together with the “THE PULSE” power supply unit, this line stage is in a league of its own.

Since the beginning of 2005 there has been a revolutionary single ended pure Class A stereo power amplifier, the “LINEAR A”. The completely new concept – with 4 pieces EL 84 in a composite triode circuit for power amplification and the most modern op-amps at the input for voltage amplification and control – speaks volumes about the ingenuity of the developer.

With the “LINEAR B” monoblocks, Tom Evans brought the best power amplifier ever built in autumn 2005. The design was further developed here. It is a power amplifier with differential global feedback in Push Pull pure Class A mode. An amplifier design that has probably never been used in this form.